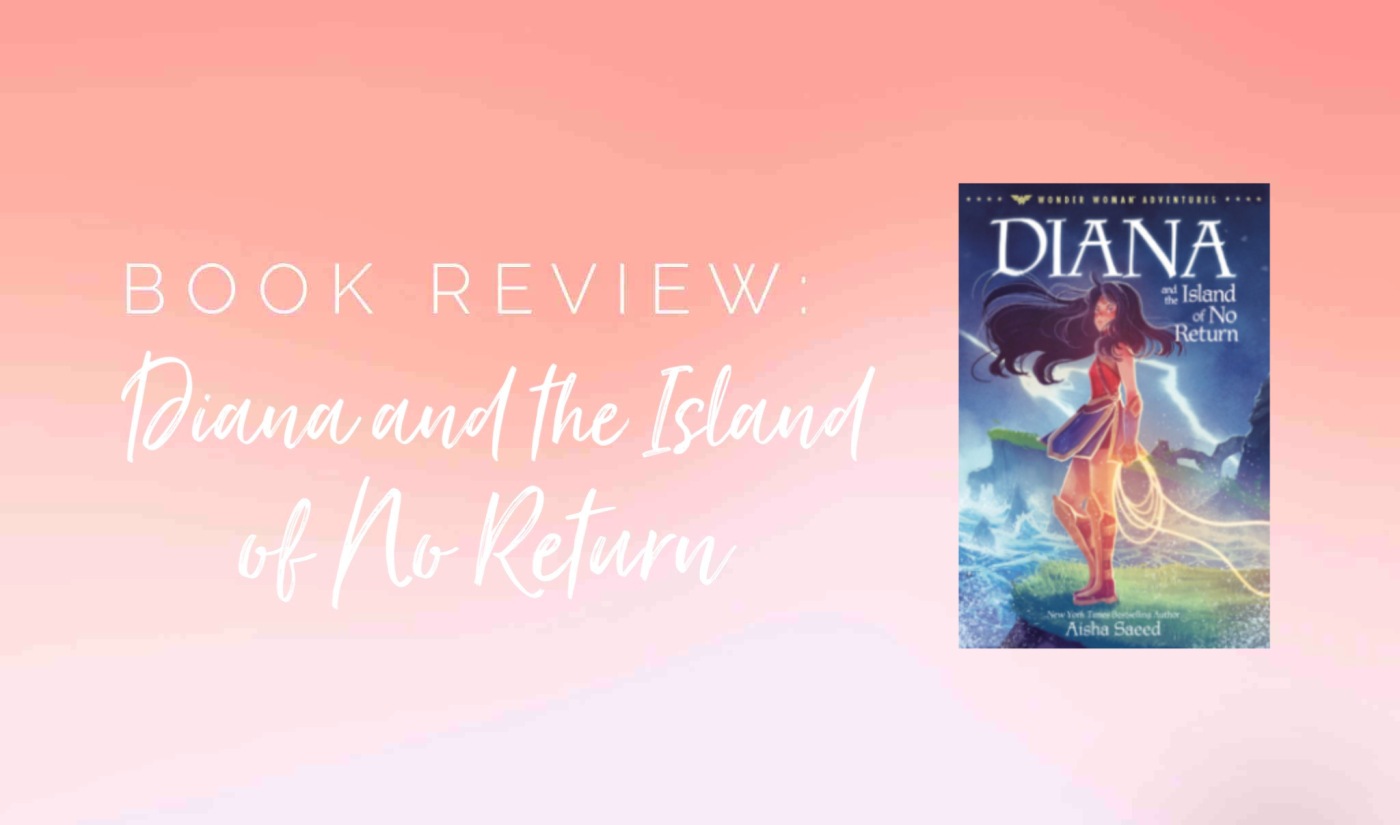 Thank you to Random House Books for Young Readers and NetGalley for sharing an eARC of Diana and the Island of No Return with #BookAllies! We are very honored to have received this book along with many others to read and share.

Warrior. Princess. Hero. Diana’s destiny is to be the world’s greatest female super hero… if she can survive this action-packed adventure!

Young Princess Diana is fierce and whip-smart, and she loves her island home of Themyscira. Her deepest wish is to be able to train with the rest of the Amazons and protect her homeland–but she’s told it’s out of the question. This is the year Diana hopes to persuade her mother, Queen Hippolyta, to let her learn how to fight when the world’s most powerful women

gather on Themyscira for a festival to celebrate their different cultures.

But at the start of the festivities, an unexpected and forbidden visitor–a boy!–brings news of an untold danger that threatens Themyscira and all of its sacred neighboring lands. It’s up to Diana and her best friend, Princess Sakina, to save them, even if it means tangling with a cunning demon who reveals that a terrifying force is out to capture Diana against her will.In the first of three high-octane, breathtaking Wonder Woman Adventures, Diana finally gets the chance to prove her worth as a warrior and save not just her friends and family but their entire way of life. As long as she can make it out alive herself….

Diana gets down on herself often because her mother, the Queen, will not allow her to train to be a warrior on their island of Themyscira. Only women live on this island and their annual festival is just about to start. Prior to this festival the Amazons and many other strong and empowering women are getting ready. Diana’s best friend Sakina is sailing in just in time for it to begin. The two are beyond excited to be together again, but when Diana travels off to go check in on her wolf, Bitini, she spots a boy. A boy on their island where only women are allowed… Soon Diana and Sakina learn that this boy must return Diana to his small island of Sáz to save his people before a demon destroys everything. This demon is beyond powerful, and he is made of vapor so taking him down is not going to be as easy as the three of them thought!

This book is more than just an adventure, it leaves you wanting to know what happens next without realizing what time it is. It was definitely a page-turner and I am sure students will love the length of it too. I loved the end of the story and the preview of the next book in this new series. I am looking forward to it!

Aisha Saeed is a New York Times bestselling author. She wrote WRITTEN IN THE STARS (Penguin/Nancy Paulsen Books, 2015) which was listed as a best book of 2015 by Bank Street Books and a 2016 YALSA Quick Pick For Reluctant Readers. She is also the author of the middle grade novel AMAL UNBOUND (Penguin/Nancy Paulsen Books, 2018) a Summer 2018 Indie Next Pick, An Amazon Best Book of the Month, has received starred reviews from Publisher’s Weekly and Kirkus and is a Global Read Aloud for

2018. She also has a forthcoming picture book BILAL COOKS DAAL (Simon & Schuster/Salaam Reads, 2019). Aisha is also a founding member of the nonprofit We Need Diverse Books™. She has been featured on MTV, the Huffington Post, NBC, and the BBC, and her writings have appeared in publications including the journal ALAN and the Orlando Sentinel.

Aisha is represented by Taylor Martindale at Full Circle Literary Agency and lives in Atlanta, Georgia with her husband and three sons.

Are you a superhero fan? If so, who is your favorite? Share with me below!

One thought on “Book Review: Diana and the Island of No Return by Aisha Saeed”

The word "parent" is not just a noun. It's also a verb.

The ramblings of a self-confessed, book addict.

let's have some bookish fun!

#1 NYT Bestselling Author of The War That Saved My Life